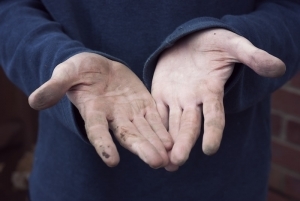 Today is the anniversary of Franz Mesmer’s birth. Mesmer is the man behind Mesmerism.

Mesmer believed all animals, including us human animals, have a magnetic “fluid” that flowed through our bodies. He called it “Animal Magnetism.”

His process was to use this magnetic flow for healing. He would pass his hands over individuals to work this animal magnetism and induce a trance-like state.

It isn’t the same process we call hypnosis today but the altered states were very similar.

It’s the altered state that allowed him to help heal people.

You don’t need to move your hands over someone to induce an altered state. You don’t need formal hypnotic inductions either. All you have to do is change someone from their current state to another.

Decisions you make are state dependent.

Will you make a decision if you’re angry, upset, or doubtful?

It depends on the decision.

You might decide to beat someone up, yell at a coworker, vote for a candidate, or turn down an opportunity that could be good for you.

What about if you feel trust, hope, or desire?

These could be good states when I want you to buy from me.

They could also be used for harm if the salesperson is a conman.

When influencing think about the states you want to move the person through.

They’re useful or not useful.

Mesmer found a way to induce a useful state to help people change.

Your goal is to find the most useful state that gets your customer to buy now.