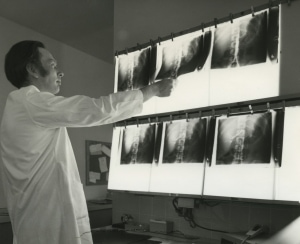 I wrote about To Kill A Mockingbird yesterday and I'll continue with another one of my favorite scenes.

On the stand is Bob Ewell, the father of the girl. Atticus is asking him questions and asks if Ewell can sign his name.

Proudly he says yes. Atticus asks him to sign his name.

Jem, Atticus' son, is watching in the courthouse. Jem turns to his sister and said, "Why did Atticus ask that question. He always said you never ask a question if you don't know what the answer will be. I can't believe he asked that question." (Or something like that, I'm not looking up the exact lines.)

I've worked with many salespeople who won't ask tough questions because they fear it will cause an objection.

If you're afraid it will cause an objection you need to draw it out now, before you ask for a big fat check. It's the only way you can get all the information you need to deal with it and inoculate the objection.

When we get shots to prevent illnesses, these inoculations sometimes make people sick. But, for most people they prevent the illness from occurring and keep you healthy.

That's what scary questions do too.

You should know your common objections.

Ask questions about these objections beforehand and load your syringe. Prevent them from hurting you, and your client, later.

After Bob Ewell signed his name Atticus pointed out that Ewell signed with he left hand and asked if he is left-handed. Ewell proudly said he was.

Atticus then showed how the girl who was attacked had bruises all over the right side of her face. She was obviously beaten by someone who was left-handed.

He then asked Tom Robinson to stand up. Robinson's left arm just hung there. It was destroyed in a tractor accident and he couldn't move it.

Atticus loaded his syringe to prevent the objection. And inoculated the jury against any guilty conviction of the innocent defendant.