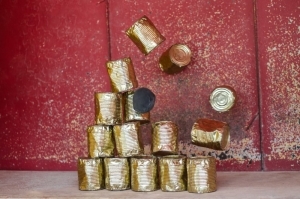 I’m sitting on an uncomfortable bench with a couple dozen other parents.

Our kids just finished their karate belt test and the dojo’s sensei is talking to us. His gray hair and soft-spoken manner make him seem more like an aged hippie than a black belt in karate.

He’s explaining the dojo’s philosophy. How they practice a 'true' martial art, with a lineage going back to Japan in the 1700s. Etc.

Not all kids will pass the belt tests. He doesn’t believe in reward just because they tried. They must understand the skills.

The sensei’s help kids learn how to work through rough times because it’s not always easy. They’re smart kids and he wants them to be prepared for life.

It’s more than karate. It’s about dealing and with real life, managing yourself, and becoming a leader.

And he lets flow some brilliant language.

He explained how some kids will want to quit. They’ll feel like they’re not making progress. Or they’re bored and want something new.

And it’s up to us parents to keep bringing them. To make them come to karate. So the sensei's can work with our kids and give them skills so they don’t give up later in life. Because it’s not just about karate. It’s about the skills to keep moving forward even when times are hard.

The parents smiled and nodded in agreement.

I don’t know if he realized what he just did but it was beautifully done.

And if you didn’t get it, let me spell it out.

He ran the parents through a future scenario - Your kid will want to quit.

Then he said what to do - You, the parent, can’t let them quit so he can help them become stronger in the face of hard things.

If we let our kid quit the sensei can’t do his job and help make our kid a better person. A future leader.

He inoculated the parents’ reasons for quitting. For stopping payments.

An unspoken message was also laid out. If we let our kids quit they may not have the skills to power through life’s future problems.

Unfortunately, I’m paraphrasing his speech and condensing it into a shorter, more readable format. I don’t remember the exact words.

But it was pretty. damn. sweet.

I turned to my bride and whispered, "He just made every parent here guilty for ruining their kids’ life if they don't keep paying month after month."

So I had to share it here. Because you appreciate this.