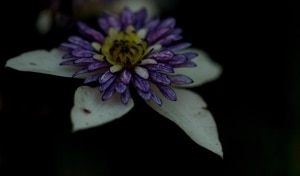 I recently removed one-third of my email list. It’s not something I’m happy about. But I'm not unhappy either.

It is what it is.

Most of the people removed haven’t opened an email or clicked a link in the past year. So why keep them around, right?

I wrestled with the thought of losing all these potential customers. But the reality is this…

And the dreadful truth is all living things decay.

They rot. They atrophy. Eventually, they die.

Just like the line from Fight Club, "On a long enough timeline, the survival rate for everyone drops to zero."

Some of the change is good. Maybe your list has grown. Or becomes more responsive. And you have more clients and customers.

Some change is bad. People stop opening your email. They change jobs and their email accounts change. Or they just stop responding.

If you don’t mail often enough you are forgotten, faster than a knife fight in a phone booth.

They people move or die and the mail doesn’t get delivered.

When you pay for printing and postage the list rot can become expensive, if you don’t strategically deal with it.

On the other hand, email is cheap. It’s almost free.

Because email is so cheap many people never scrub the rot from their lists.

But your lists still rot.

I don’t know if rotting email addresses hurts your deliverability. But I can only imagine how providers like Gmail are watching to see whose emails get opened and whose are ignored.

And I’m sure this will be some indicator in the future on your ability to hit the inbox.

So, while I was looking at some statistics last week I looked at my subscribers. And I decided to delete those who weren’t active.

Will it hurt me? I don’t know.

Did it need to be done? Again, I don’t know.

But just like cleaning out the garage, I felt better afterward. Things feel tidy again.

While you're focusing on building your lists, don’t be afraid to trim the rot. Think of it as preventative medicine to keep your list, and business, alive and healthy.