On December 5, 1914 The Endurance left port with Sir Ernest Shackleton leading the crew. Their goal was to be the first men to cross Antarctica.

Shackleton picked his crew. He knew the type of person he needed.

“Shackleton judged a man by the degree of optimism he projected. ‘Optimism,’ Shackleton once said, ‘is true moral courage.’ Those not blessed with this gift he regarded with transparent contempt.” - from The Endurance by Caroline Alexander

Shortly after leaving they became trapped in the arctic ice flows.

For almost 17 months they floated.

No hope to leave. No way for anyone to help.

After months of being trapped The Endurance was eventually crushed in the ice flows.

Fortunately they set up camp on the ice. They had a life boat with them and planned sail away, if the ice ever opened up.

They lived on seal and penguin meat. They had to kill all their dogs. They were constantly wet and cold. They felt the whales pounding the ice below them.

It wasn’t a fun trip.

Yet Shackleton never gave up. He was always looking to the future. 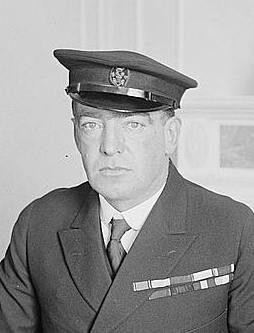 He was the heart that kept life beating in all his men.

He did it by making sure everyone had something to do. They had routines, habits, that kept them going. Everyone relied on each other.

There were small arguments but, according to all the diaries from the crew, nobody ever gave up.

Shackleton knew how to talk to them and keep everyone going.

After 19 months in the arctic sea (or on ice) all the men from The Endurance made it home.

No one was lost. No one died.

“At the core of Shackleton’s gift for leadership in crisis was an adamantine conviction that quite ordinary individuals were capable of heroic feats if the circumstances required; the weak and the strong could and must survive together. The mystique that Shackleton acquired as a leader may partly be attributed to the fact that he elicited from his men strength and endurance they had never imagined they possessed; he ennobled them.” - From The Endurance by Caroline Alexander

Shackleton was their leader. He wanted to be a hero but everything he did was for his men.

He lived it. He spoke it.

He kept them optimistic, looking forward to tomorrow. Even if they were repeating the same cold day.

Do you think you could keep a crew of men stranded on ice motivated and hopeful for almost 2 years?

Forget your physical abilities, are you the type of person with the attitude Shackleton would’ve wanted?