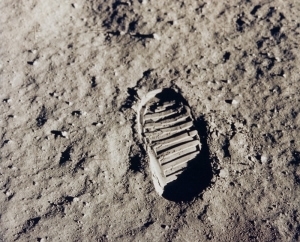 One of my favorite books is To Kill A Mockingbird. It's a chilling snapshot into the period of time that was "The South."

If you're not familiar with the story, Atticus Finch is a lawyer who agrees to defend Tom Robinson, a black man accused of raping a white girl.

Because of his decision Atticus is threatened by people in town. Many white folks can't believe he would do such a thing. Many threaten him and his family. Many think Robinson should be lynched without a trial.

When his daughter, Scout, asks him why everyone is against Robinson going to trial Atticus responds:

"Serving on a jury forces a man to make up his mind and declare himself about something. Men don't like to do that. Sometimes it's unpleasant."
- Atticus Finch in To Kill A Mockingbird

He knew the trial would cause people to realize Robinson was innocent. This would upset the norms of the town. It forced everyone to look at what's right, and what's wrong.

And there are few men like him willing to face it head-on.

You don't have to defend an innocent man in court to declare yourself.

Stop putting up with half-assed work in your job. From yourself and from others.

Take responsibility for everything that happens to you this week.

Take a stand against deceiving yourself.

We don't like to do this because it's always easier to find blame.

It's easier to be a victim.

Draw a line in the sand for small things. As you reinforce your abilities you increase your power to demand what's right.

And build your ability to stand, with unwavering conviction, when you need it most.