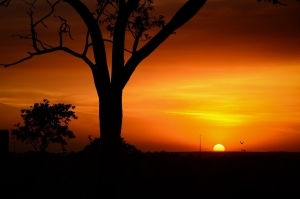 Tuesday afternoon I turned my air conditioner down one degree to make it just a bit more comfortable in the house.

As I pressed the button I thought to myself, "I hope the air conditioner lasts through the summer without problems."

About an hour later I realized I felt warmer.

Then I noticed the air conditioner hadn’t stopped blowing air since I turned it down.

I checked the thermostat and it was now a degree warmer.

And that’s not the worst part.

Tuesday and Wednesday were a not-so-breezy 118 degrees outside (that’s about 48 for you Celsius fans).

One of the sayings you hear a lot here in the desert is, "but it’s a dry heat."

While I am grateful for that small fact, it is still hot.

As I called around I was hit with one A/C company after another who couldn’t get out before Saturday. That would be four days without cold air!

Obviously, I wasn’t the only person suffering in the valley of the sun.

Demand was greater than supply.

If this was Uber we would have had to pay surge pricing.

I tried too. No bribes I offered worked with any the people I spoke with.

I wanted it fixed fast but they wouldn’t let me pay to cut the line. They kept throwing up obstacles, adding friction to the process.

Do you want to know how you make instant sales?

Have a product or service that solves an immediate problem.

I had a huge, uncomfortable problem. My family and pets were being cooked. We needed to be saved.

Fortunately, we found someone - who was recommended - and he came out Thursday. He fixed it and solved our problem.

I don’t know what problems you solve but you want to turn up the heat on your customers.

How much is your customer losing? How can you stop the bleeding? How much better will it be after they buy your product/service?

And have you removed the friction points to solve the problem?

What about surge pricing for those who want it?