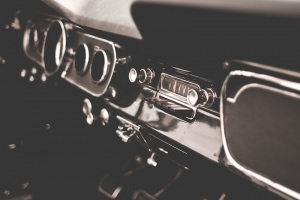 I asked the man what he did for a living.

He told me he was a commercial real estate agent. He used to manage and own many rental properties.

He didn’t answer my question. I asked what he did. He told me what he used to do.

After some entertainment of his answer I asked again. The real answer wasn’t as flattering.

He did this throughout the conversation. He wouldn’t answer the direct question and would give me answers that put him in a better light.

During the conversation he used these phrases several times: to be honest, honestly, actually, and to tell you the truth. (Honestly, I’ve written on this before)

There were more clues. It would take a book to explain the many thing that were going on. These are a couple that are simple and easy to explain.

There’s a theory in communication called Miller’s Law. It states that to understand someone you need to assume everything the person is saying is true, and then consider what is true about it.

The man didn’t answer my question but he was being truthful. He was deceiving me by not answering the question. It wasn’t intentional. He couldn’t not do it.

Doing something once or twice doesn’t mean someone’s a liar. They may just be emphasizing a point.

However, when you take Miller’s Law and apply it to everything you hear it will open your eyes to a whole new world.

When you notice these patterns you discover a hidden level of communication.

You start to ask yourself: What’s being hidden? What’s the reason for hiding it? What questions do I need to ask that will uncover what’s going on as not said?

Can someone fake it? Yes. For a while.

If you’ve ever bought a used car you know it looks great when you first buy it. As you continue to own it you start noticing flaws in the paint and interior you missed at first glance.

Coming back with different questions (sometimes asking the same question) will bring out those flaws.

You may not get a full admission but you can see the glaring hole where the truth lies. And that’s usually all you need.

The smart people over at ThriveThemes are still running their videos on how to use scarcity with your online business. Watch it now