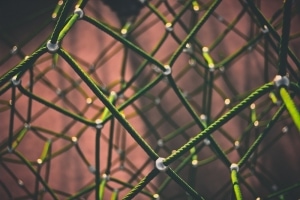 I’ve read a few books, and too many blog posts, on how things go viral.

Well, those all have one thing in common that your product probably doesn’t.

As more people use something the more valuable it becomes.

The English language is a great example. English is understood by 1/5 of the world. It’s the standard language for many areas of study.

Understanding how to speak English is a valuable tool.

Microsoft became the giant it is today because of the network effect. The more computers running their operating system means more people will need to use it in the future.

All these are due to the network effect.

The more connected your product can become, the stronger all connections become.

The more connected you can make your customers feel, even if it’s only being connected to part of a social group, the more likely you can leverage the network effect.

And build something that could go viral.