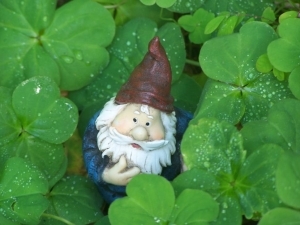 I've been thinking about random South Park bits recently. I don't know why. It's probably because my kids are becoming teens, and they mention things that remind me of the show.

One episode that keeps popping into my head involved underpants gnomes.

The gnomes would come in the middle of the night and steal Tweak's underpants (yes, Tweak is a character's name).

Curious, the kids follow the underpants gnome and ask them why they're stealing the underpants. The gnomes show them a giant pile of underpants and explain their process.

Every night they collect underpants preparing for profits. But they had no idea how to make their profits.

This reminds me of many people I know in business.

They have a great idea. And they work on the idea. And repeatedly mull over the product, the concept, whatever. But they don't have any plan in place to implement.

They buy into the sticky gooeyru's sales pitch of passive profits if you only have this magic gadget. It's filled with fluff and doesn't move you from Phase 1.

Instead of working on making your idea perfect (stealing more underpants) you should simply take any step to try and sell it, Phase 2.

Any step to sell is better than fiddling with another idea. And it's the only thing that will get you closer to Phase 3: Profit.

What's the first step you can take now to move on your next big idea?