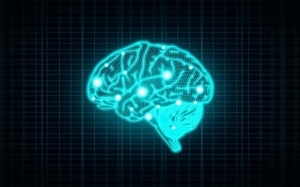 You have an identity that controls all you do. It’s an unconscious process always running in the background.

It comes out when you say what, or who, you ”are.”

Are you a professional, a student, an entrepreneur, a salesperson, a mom, a dad, a smoker, a non-smoker, a conservative, a liberal, democrat, republican, libertarian, Christian, atheist, jewish, muslim, fat, skinny, old, young, responsible, curious, smart, dumb, quick, lazy, or something else?

In reality, you "are" many of them at the same time. But, depending on the situation you may classify yourself as one over another. This identity controls what you believe and how you behave.

As you notice these things you begin to become aware of how to use them for influence.

One way is to create an identity for your clients. Give them a name to identify with.

It helps shortcut thought. What group you identify with gives you the rules on how to think about various topics. Look at the political party and religious identities as the most obvious examples here.

When you claim to be one political group or religion, we know the basic beliefs and arguments you have about many unrelated issues.

This can be why it’s so hard to change others opinions. It’s not like we’re asking you to change your style of clothes (although clothes are often a visual metaphor for a person’s identity). Changing someone’s mind on a political issue lies at the root of who they think they “are.” And opinions/beliefs are controlled by one's identity.

Influencing someone’s to get them to change their identity can be done, if you’re patient. But it’s easier in sales to use who your customer thinks he “is” to buy than to change him.

This means you need to be more flexible with who you “are."