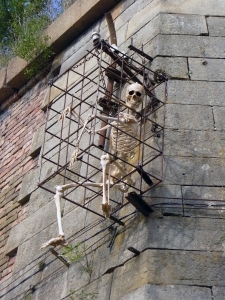 Bruce Banner only becomes the Hulk when he’s angry.

He has to keep that anger in check. If not, he transforms into the Hulk and destroys everything in sight.

There’s a scene in The Avengers when the Hulk is needed. Captain America says to Bruce, "Dr. Banner, now would be a good time for you to get angry."

Banner looks back at him and says, "That’s my secret Captain. I’m always angry."

Banner doesn’t need to get angry to become the Hulk. He is the Hulk. It’s always in him. He just has to let go of the restrictions holding him back.

I work with people and frequently hear things not stated. Things like:

There’s something holding them back. They’ve created stories around why they can’t/won’t/shouldn’t do something.

It’s always in them to do it. But they put this cage around it to keep it in check.

It’s like they’re afraid to let it come out. As if they’ll become a Hulk and go crazy destroying everything.

Bruce Banner understands he’s always angry and can let that part go when he needs.

Imagine what you could do if you realized what you always have available inside.