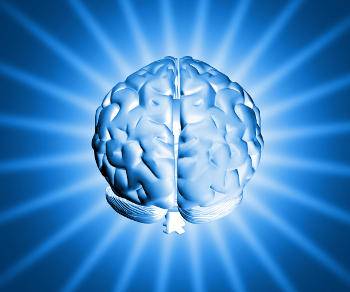 I first studied this model almost 15 years ago. It revolutionized the way I could influence people. This overview will give you a head start into deeply understanding your customers motivations and what stops them.

This model was originally developed by Robert Dilts. He took cues from Gregory Bateson's Logical Typing and Bertrand Russell's work with logical levels and developed his model called Neurological Levels.

What you're reading here are my distortions and beliefs. Take it and do the activities at the end of the article. You'll find better ways to present your message. You'll be able to remove your customer's limitations from buying (or prevent them in the first place).

What Are Neurological Levels?

Neurological Levels is a map showing you how your customer gets stuck. It will help you understand the thinking and beliefs behind what keeps them from buying. And it will allow you new ways to to frame, or reframe, their limitation so he will buy into your message.

You can also use this model to frame your ideas more effectively. You'll set frames to shine a light on your ideas that make them the most appealing.

Your identity is who you think you are as a person. You're a father, conservative, liberal, smart, dumb, fast learner, funny, etc. It answers the question "Who?"

These are your beliefs and values. It answers the question "Why?" Why do/don’t you do the things you do?

Your capabilities include the knowledge and tools you've learned over time. It answers the question "How?" How do/don’t you do something?

Your behaviors are what you do and what you can do. This answers the question "What?" What are you doing? What can/can’t you do?

How The Model Works

Think of your behaviors flowing from the top down.

Your identity (who you "are") controls the many clusters of beliefs and values you hold.

Each of your beliefs and values control the many clusters of what you think you're capable of doing.

Each capability controls the many behaviors you can perform.

Each behavior you can do controls when and where you'll do them.

It's similar to the structure of a company. There are a few people at the top which control the many levels below. A CEO is like your identity statement. Then there are various clusters at each level controlled by the management above it. Your front-line employees are at the environment level doing the things the company needs done, when and where they need to be done.

How You Can Use The Model For Influence

I can think of many examples reframing in-person conversations. A simple one was when I had a man who wanted to lower the limits on his auto insurance policy.

The man told me he was a "safe driver" so he didn't think he needed higher liability limits on his policy or an umbrella policy (Belief level statements). I probed and discovered he was a safe driver in order to set a good example and protect his kids. He thought of himself as a good father (Identity level of being a "good father").

He eventually agreed that being a good father also meant making sure he's financially prepared IF an accident happened. We discussed the many legal and financial implications of an accident. I explained they're called "an accident" and not "an on-purpose" for a reason. He realized accidents happen. And, he wouldn't be a good father if he had an accident and lost everything because he wasn't properly covered.

One of my favorite examples of this model is from CopyBlogger. They have a free 20 part email course called Internet Marketing For Smart People.

I love the title. Who doesn't want to be considered a smart person (an identity level statement)? And, if you’re marketing online then you’re compelled to sign up or, at a minimum, consider yourself "not smart." The copy continues down the levels and identifies the beliefs, behaviors, etc. of what it means to be a smart online marketer.

I don’t think those at Copyblogger knew of this model before writing the copy but it’s a great example of hitting the desired identity of your ideal customer.

These examples show ways to move up to an identity level and facilitate change. You can also work the opposite direction however this usually takes more work to create a lasting change.

Going down levels, to behavior or environment levels, is like kicking out legs on a table until the table falls down. Unfortunately, the table has hundreds, or thousands, of legs supporting it. It can take a lot of kicking around. When you go to identity you’re basically getting an elephant to sit on the table and crush everything below.

If you’re a person who likes a challenge, I encourage you to make notes and do these activities. You’ll understand people, how they think, their internal limitations, and what works to influence much, much better.

Over the week do the following:

1. Listen to what others say about how, what, why, they do things. Identify what level statement it is: Identity, belief, capability, behavior, environment.

2. Notice what you're saying about yourself and your abilities. Are they identity, belief, capability, behavior, or environment statements?

3. When you identify what’s said and what level it’s at, note what has to be true for it to exist. Go up and down levels. How can you change it?

Let me know what you think in the comments below.