“Write the way you talk. Naturally.”

This comes from a famed internal memo sent to his employees.

I love the idea and think it’s wonderful advice. However, before you hit the “publish” button, skim through your words and perform a quick review. Don’t use Ogilvy’s advice as an excuse for lazy writing.

The words you just vomited onto the page are there for a purpose. If you want to write to inspire, persuade, or simply get your point across clearly, I recommend you make a few edits.

Then, think about the way you speak. If you speak like you’re writing you’ll understand why your persuasive techniques aren’t working as well as they could be.

When Ogilvy wrote his memo the word “got” wasn’t as commonly used as it is today. It’s lazy speaking and conveys vague action in your sentence. 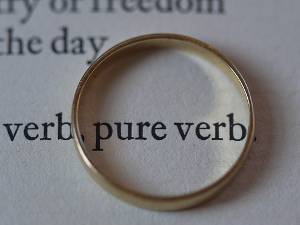 Verbs are the action in your writing. They sprinkle the magic dust and allow your words to paint the mental canvass for your reader. As an example, which feels more enjoyable to read?

I hope you felt a little more enjoyment in the second sentence. You could use dozens of other verbs instead of seized. You could use snatched up, nabbed, grasped, clutched, hung on to, etc. These bring up images far more rich in detail than simply, “got.” And that’s the point.

Another misuse, “got” is often an extra word. It’s most commonly added onto the word “have” (or a form of the word “have” like “had” or “has.”) as an unnecessary word in the sentence. Example:

The word “got” is completely unnecessary. You could’ve written, “John had the keys,” and it would’ve been fine. Adding “got” makes the sentence bulky and not fun to read.

Grab a thesaurus (although I prefer an physical, print thesaurus) and find elegant verbs. Make your action pop off the page. Got it?

2. The Passive Voice That Created Confusion Was Written By The Author

I’m not a grammarian. I don’t believe you should worry about the many strict rules of grammar while writing. You understand most rules naturally. Plus, worrying won’t help you construct your compelling masterpiece.

If you’re going to implement one rule, learn how to write without a passive voice. You write passively when the subject of your sentence is receiving, instead of the one performing, the action (or verb). When you write in a passive voice it makes the reader struggle to understand what’s happening. More examples:

You can often find the passive voice by your use of the the verb “to be,” and its various forms. These are: be, being, is, was, am, been, are, were, and contractions formed from these words (ex. I’m or wasn’t). I may be missing a few and you can read more on it here.

You don’t need to eliminate it completely. Sometimes a passive voice is best used to express your thought. Most would prefer you ruthlessly edit your passive sentences and create vibrant, dancing images in your reader’s mind.

3. “That” Is That Unnecessary Word

I’m guilty of this one. I hate it. I hate it! (I used it in the title of this post before I edited it out.)

When I’m done writing a piece the first thing I proof for is the word “that” and rewrite almost every sentence where I find it. I just did a search on this document and found it in three places before this section. I changed one to make the sentence clear (I won’t tell you which, sorry) and the others are there because they fit. I’m getting better.

The word “that” is often an extra word. Many bloggers out there don’t even notice they’re throwing it in. It’s how they speak (I speak with it occasionally and, did I say, “I hate it,” yet?"). “That” typically adds nothing to a sentence.

I’m going to struggle for a couple examples now:

Now, read each sentence without the word “that” in them. Does it change the meaning? No. Does it sound better? Hell yes!

It’s as though the sentence is covered in mud and when you remove “that” you cleanse it to make it shiny and new. 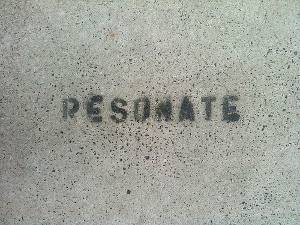 This isn’t going to make your writing resonate like the voice of a top opera star but it will keep your voice from sounding like a chain-smoking homeless man.

Many people won’t notice you’ve woven “that” throughout your writing. But, look at those who consistently create “awesome content,” those you deeply enjoy reading, you’ll notice the word “that” is rarely used improperly.

But It’s How I Talk

I do what I can to edit myself when speaking and I know I’m not perfect. When speaking though, once you’ve said a word it’s gone. When you put it in writing, it’s just the opposite. In writing it’s, as they threatened you in grade school, on your permanent record.

If you’re writing to influence, you want vivid moving images in the mind of your customer. To me, these three common errors make the images stagnant or fuzzy. They don’t allow your words to create the happy dance you expected in your customer’s mind. And, creating the happy dance is what it’s about, is it not?

What do you commonly read that nags your irritation nerve?