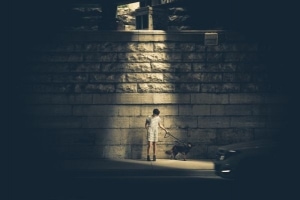 Jim Rohn said, "You are the average of the five people you spend the most time with."

When you think about that, who are your five?

Are you wondering if you need to find a few new friends? Or do you feel your friends will fully support you?

I discovered the truth behind Jim's quote by accident.

When I went to my 10 year high school reunion - this was a long time ago - I joked I was disappointed there wasn't a list of people who were dead or in jail. I wanted to know what happened to the people I hung around with.

At the time I hadn't seen anyone from my class in at least three years. We didn't have Facebook. And, it wasn't that I didn't have friends. We simply grew apart.

I still care about them and wish them well. Yet we had different paths. And I didn't want to continue on the path they were traveling.

It wasn't a conscious decision. It just happened. Slowly over time.

Now I think about it consciously.

You need cheerleaders in our life because your business is filled with challenges and disappointments.

The last thing you want is a friend expressing their envy of your success.

Or how they can't get a break.

Or worse, telling you your success won't last.

It reminds me of the show The Biggest Loser.

It's an interesting show. They take a group of fat people and put them on teams. They compete to lose the most weight over the season of the show. The winner is the biggest loser.

What I enjoy are the last few episodes each season, before they unveil the winner. The biggest loser.

They go back and visit with all the contestants. You get to see how their life has changed.

There's a common theme among those who keep off the pounds.

They give you a tour of their town and show the bar they used to visit everyday after work. Where they go and eat chicken wings and drink beer. You see their former favorite foods and restaurants.

Most haven't been back since, and haven't seen any of their old drinking buddies.

They change the way they eat.

The contestants tell you how they stopped smoking and encouraged their family to stop - or they're trying to get the family to stop. You see the gym they visit.

The families tell you how much they resist the changes. And, now that everyone is eating better they're all losing weight.

And sometimes the people around them can't deal with the change.

Some come home and their spouse can't handle the changes. Now their getting divorced. Or they broke up with their girl/boy friends.

Maybe they found a new job. Or started a new career.

The reason they were fat was because their friends and family reinforced their behavior.

They reinforce the mindset that kept them the person they were.

You may not be fat but you have that in your life too.

It's proof that they could change too.

If they were strong enough.

If they wanted it enough.

If they could just make the decision.

It's something inside that holds us back.

We all have the time to exercise. To study. To learn something new. To build new habits. To reach success.

Your friendships, your coworkers, your customers, your family, yourself, everything is part of a system. Each is its own system.

And systems like to remain static. Change disrupts the system.

The question is do you want it bad enough?

Do you have people in your life who hold you back?

Can you handle the disruption in the system?

How will you work with the resistance from those closest to you?

What about the resistance inside yourself?